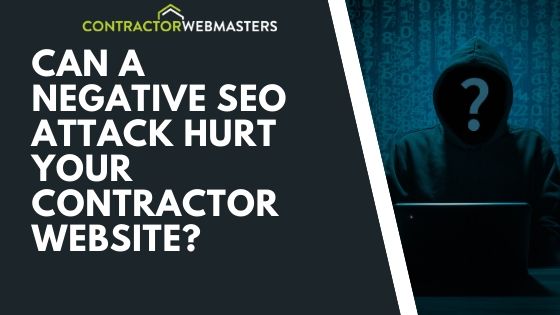 We all know the benefits of contractor SEO. How it can keep even the smallest of businesses competitive near the top of search rankings for relevant keywords without the major marketing budgets that some heavy hitters have.

But there has also been a lot of talks lately about negative SEO. What is it, exactly, and should you be worried about it? How can you protect yourself from negative SEO? This guide will give you a little better understanding about the subject.

What is Negative SEO, and Does it Work?

Google currently penalizes or suppresses sites through their algorithm if they have shown to be engaging in manipulative link building. This means that there can be a manual unnatural links penalty or a demotion that is unannounced at the hands of the Penguin algorithm.

In essence, these links that are made can hurt your website. Having considered that, it only makes sense that someone could generate the same negative impact on a website. Still, Google is rather adamant that true negative SEO is still quite rare.

Google acknowledged that, while rare, there is a chance that a competitor could do something to harm your website like hacking into your server and deleting your site or changing the robots.txt file to tell the search engines not to crawl that site anymore. Things of that nature.

That leaves the question, though: can a competitor point bad links at your website in order to reduce your overall ranking. Google has stated that, while it is technically possible, it is extremely difficult to pull off.

The Creation of Penguin

When Penguin was released back in 2012, it came with a refresh in October of that same year. This refresh brought with it the disavow tool. This means that site owners could ask Google to not count links that they thought might do damage to their site.

While the need for this tool would be few and far between due to the algorithm’s ability to make sure that those bad links wouldn’t hurt your site, it could be an issue for those in high money, competitive niches. This is where disavow would come into play.

There are many avenues for reporting issues like this to Google and the search engine giant usually takes that feedback into account to help improve their algorithm. Still, Google is not 100% perfect and having the disavow tool available is incredibly helpful for websites who feel as though there are damaging links being pointed at their website.

Google continues to make core updates to its algorithm so that any new methods of manipulation can be identified and either penalized or disallowed for ranking purposes. The ultimate reality is that Google is always going to address any shady practices that compromise their algorithm’s reputation.

There have been more than a few instances of a website claiming that a competitor was attacking them with bad links when that turned out to be absolutely untrue. There are examples of situations where negative SEO may have been suspected, but really, there was something else entirely going on.

Some websites will link to literally every website on the web. The vast majority of websites will have links from sites like mrwhatis.net, askives.com, m.biz and its various directories, links from websites that analyze and provide domain info, and Chinese sites that scrape alexa.com.

There have also been cases where site owners see that they have a huge number of links to their site. The fear here is that Google will think that you built tens of thousands of links to your site and will flag it for unsavory practices.

While there are certainly plenty of scenarios out there where it may look like negative SEO as it at play, but it really isn’t, there are situations where it does actually happen. There are a few links that you really should be wary of when someone is trying to attack your site with negative links.

These can be things like links from foreign forums or a huge number of links from sites with TLDs of .cz, .ru, .pl, .cn, .bg, .ro, .com.ar, .biz, .com.br, or .info. While not all of those links are going to be of the unnatural variety, but getting an influx from, say, a Russian website is a pretty good indicator of an attack.

Should You Be Worried About Negative SEO?

Even if you think that you have evidence of an attack, it is important to remember that Google works hard to protect sites from this type of linking through their algorithm. That means that the vast majority of websites out there do not need to worry about a negative SEO attack.

Again, the odds of them happening are few and far between and there is the disavow tool should something authentic actually make its way through. The only place to be concerned is in those high-money, competitive niches like payday loans, casinos, insurance, pharmacy sales, and the like.

Generally speaking, the people in those circles tend to have far more sophisticated methods that could work. This means taking hours and hours to find loopholes in Google’s algorithm in order to take down a competitor.

Again, this is in high-money, niche areas so it isn’t something that the vast majority of websites out there need to concern themselves with. If you are a site that has a long-standing history of doing manipulative linking, then you might need to keep a watch out. Sometimes Google can’t tell what is self-made and what is an attack, so keep that in mind.

Protecting Yourself from Negative SEO

Again, this is more for the competitive niches out there or those with a history of being penalized and needing to do link cleanup. This can be done by monitoring your backlinks on a regular basis. This can include a monthly backlink audit. By implementing a practice like this, you don’t allow unnatural links to go unnoticed and can generally clean them up in short order.

Even if you aren’t in that competitive niche, it couldn’t hurt to do a monthly backlink audit in order to monitor your new links. This way you can see the new and good links that your site is attracting. Even monitoring them can give you ideas on how to get even more just like them, which can be beneficial for your SEO ranking in the long run.

It also couldn’t hurt to give yourself 100% protection. As good as Google is when it comes to catching negative SEO and discounting it, nothing is 100% accurate. Having your monthly audit allows you to potentially catch those negative SEO instances that may have gotten past Google’s algorithm. It’s a backup of a backup, essentially.

Ultimately, when it comes to negative SEO, there are a few things to remember. The most important is that not everything that looks like negative SEO is actually negative SEO. Every site out there is going to have weird links pointing at them. Google’s algorithm knows this and will discount those links so that they do not negatively impact your website’s SEO rankings.

A sudden influx of links could be the telltale sign of an attack but, in most cases, Google’s algorithms will just end up ignoring those links. That means you won’t see any drop in the rankings due to said links.

If you are in a hyper-competitive, high-money, niche market there is a more likely chance of seeing a real negative SEO attack pop up thanks to a sophisticated effort on the part of a competitor. Taking steps to perform a backlink audit each month can help narrow down those instances of a negative SEO attack and combat them.

For those websites that have a history of doing natural unlinking and have been punished by Google, the giant may not be able to differentiate your unnatural links from the attack links so perform that monthly audit to keep your website safe.

Ultimately, there is only a small corner of the internet really feeling the impact of negative SEO and a comprehensive monthly backlink audit can help to combat it. For the rest of us, there is comfort in knowing that Google is not only aware of the issue but that their algorithm has the tools necessary to make it a non-issue.

3 Things You CAN Do RIGHT NOW To Increase GMB Rankings 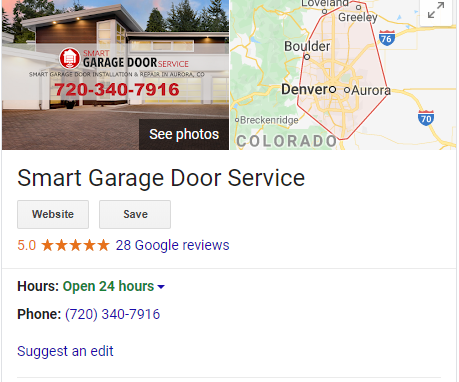 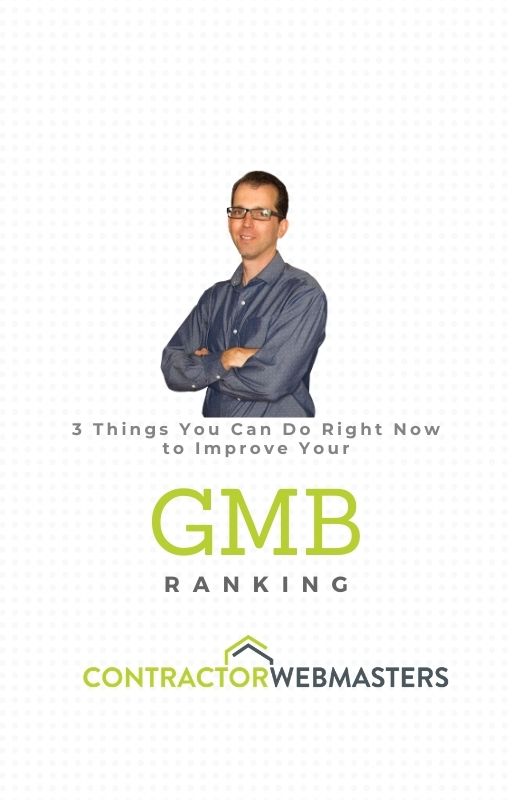