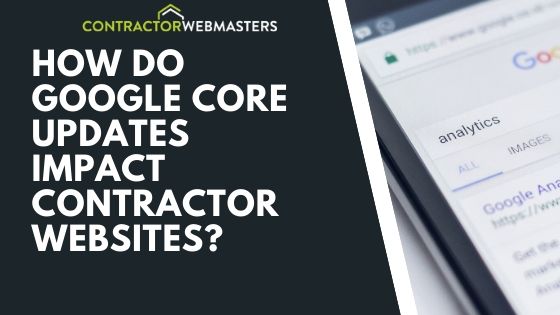 January 2020 sparked discussion around SEO as the latest of the Google core updates was released and rolled out. Although Google makes some type of change to its algorithm on a daily basis, a core update represents a more significant change

It should come as no surprise that Google makes frequent updates to its algorithm. With nearly two trillion searches each year and 20 years under its belt as a search engine, it has to make those updates in order to get the very best out of its search algorithms.

To put some context on it, Google launched more than 3000 changes to its Google Search in just the last year. To say that there will be changes on the horizon for 2020 would be putting it lightly. Still many of these updates are peripheral and something that you might not notice.

But there are major updates known as core updates that make significant and broad changes to the algorithm and systems that Google runs. These core updates can attract major attention because they have a more noticeable effect.

What is a Google core update?

A core update happens whenever Google makes a broad or significant change to its search engine algorithm.  All of these updates have the aim of improving the search experience for users while providing more useful, relevant, and trustworthy content than the previous update. 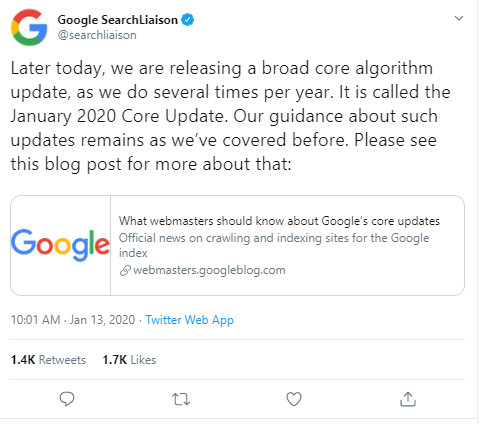 Prior to 2020, you may have noticed some of the more recent Google core updates that were rolled out in 2019. One of which was the March 2019 core update. Google itself never released specific details about the update, but there was industry research that suggested that those sites with low-quality content would see the biggest decrease in both rankings and traffic.

That same study also showed that most of the websites that were affected by that core update worked to improve their overall content and, by proxy, their overall search ranking.

Then there was the June 2019 Core Update. This broad core update was meant to mimic other core updates. Unlike the previous core update, this one didn’t update any of the major categories like the March core update or a previous update that had an impact on site speed.

Google did, however, suggest that users read their 2011 blog post on how to build higher-quality websites in order to better learn to improve their sites for the long haul. Google can be quite vague with its updates at times.

Generally speaking, this update was thought to have the biggest impact on healthcare and news sites. The thing to keep in mind is that these updates rarely come with details. Pay attention to industry reports in the wake of an update to learn more about its general impact.

How Can You Tell if a Google Core Update Had a Negative Impact on Your Contractor Website?

It is normal to be worried that a Google core update could have a negative impact on your contractor website. And since they don’t really announce what the update entails, it can be easy to not know what changes have taken place until you begin to see changes.

When Google makes a broad core update, SEOs often look at the search engine results page, also known as SERPs. Your rankings in the SERPs can give you a pretty good insight into whether a core update helps or hurt your site.

You will have to monitor the rankings for several days to really get an idea of where things have changed, so don’t expect to see an impact in a single day. Be sure to check your rankings for a variety of keywords, including ones that have different intents.

If you begin to see your rankings tumble over the subsequent days, you can be certain that the latest Google core update has had a negative impact on your website as it stands.

Another thing to keep an eye on in the wake of a Google Core Update is your organic traffic. Should your rankings drop in the search results, you will definitely lose traffic. You could see a dramatic drop in traffic depending on what your before and after rankings are since the first five positions on Google search results generate 68% of all clicks.

Be certain to use your Google Analytics package to analyze your rankings and site traffic. Take a look at your traffic year-over-year to see where the biggest impact is. While you should definitely look at your site-wide traffic, make sure that you take the time to look at the traffic of individual pages as well.

If you have been impacted by the latest core update, there are two things that you can do to help alleviate the issue.

This details exactly what Google wants and expects from websites, determining Expertise, Authority, and Trustworthiness, also known as E-A-T. If you are uncertain of what to do to improve your rankings and, therefore, your traffic, this is the best bet.

Since content is such a critical part of the SEO rankings, this is one of the first places to start when reevaluating your website for any potential core update dips. Depending on the size of your website, you might want to shift your focus to the more important and valuable pages on your website.

Sometimes, the core updates can have an impact on some but not all of your content. In an instance like this, take a look at the content that was and wasn’t affected and take note of the differences between the two. This will go a long way towards allowing you to make the necessary adjustments for the new core update.

Evaluate things like the quality of the content, the presentation and production, how comparative it is, and the overall expertise. This will go a long way towards reestablishing your website in the Google search rankings, helping to drive more of that organic traffic back to your website that may have been cut out.

Learn More About How DataPins Can Rank Your Local Contractor Business

Drop Your Email To Learn More About The Software Today

By signing up you agree to our terms and conditions